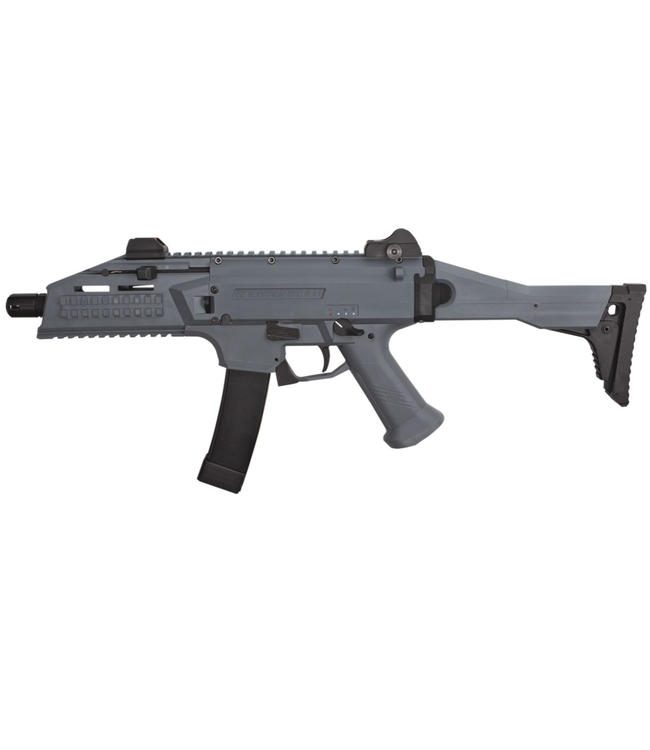 The ASG CZ Scorpion EVO3A1 AEG travelled the world reaching the shores of Europe and America. Now, after a whole year, it has finally reached Asia. Is it everything it's cracked up to be?

It certainly is. It may be rather light at just over 2 kilograms due to its polymer body but this isn't a flaw. What we have here is a CQB killer as it's light, slimming and compact design is perfect for close quarter scenarios. However, it doesn't limit itself to just CQB. The Scorpion EVO3A1 can manage perfectly fine outdoors as well hitting its targets at around 50 meters with ease. One of the coolest functions is that it has a Semi, Burst and Full Auto function!

The ASG CZ Scorpion EVO3A1 runs very smoothly and is 11.1v Lipo ready connecting to Deans connectors. It comes with a ASCU Mosfet with the trigger reaction of a Systema series. It also stops functioning if it notices a malfunction internally. If you find that 390 fps is too high or even too low, it comes with a quick change spring system which is very simple to use. When the 75 round magazine runs out of BB's, it'll stop shooting till you insert a fresh magazine or you pull down the bolt catch.

ASG designed the gearbox to fully encase the cylinder, thus eliminating the typical stress points seen on version 2 and 3 gearboxes, making the gearbox able to withstand powerful upgrades, and providing a long lifespan.

By creating an account with our store, you will be able to move through the checkout process faster, store multiple addresses, view and track your orders in your account, and more.

You have no items in your shopping cart